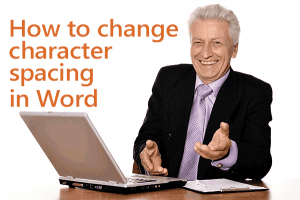 Changing the default character spacing in Word is not something many people know about, or in fact, need. In most Word documents the spacing between characters is correct and there is no need to change the character spacing, but occasionally, you may want to fit more or possibly less text on a line.

In typography, the spacing between letters in Word is known as “kerning.” Kerning is used to distribute the characters in a word for the most pleasing visual result. Some letters, e.g. upper case W, will leave a large void around them, and when combined with other letters can look unbalanced.

If you imagine the word WAR without any kerning, the W and the A will both be spaced individually making them appear too far apart compared to the R.

The best compromise is to place the letters W and A closer to each other as their sloping lines will fit more easily and make the word look better to the human eye.

Kerning in Word is automatically taken care of in any of Microsoft Word’s True Type and Open Type fonts which can be identified by the O and the TT symbols in the font drop-down list: 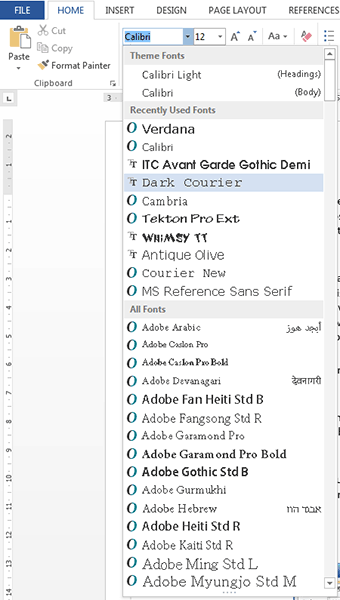 However, if you want to manually change this kerning in Word. you can still do so, even in Word 2013. You might want to do this can be for several reasons – to create a special effect for a heading in a document or to space the text out for aesthetic reasons – but whatever the reason, the process is the same.

How to change the Character Spacing in Word 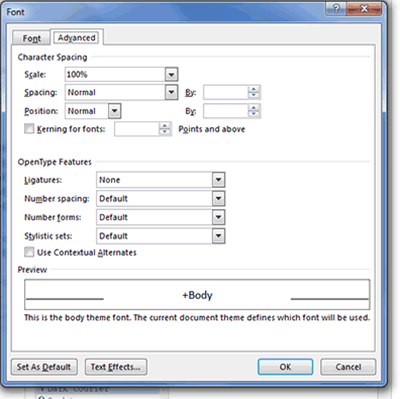 The Font dialogue box will be displayed

Visit our online school for extra tips on kerning in Word